ISLANDTON — A mother and son from a prominent South Carolina legal family were killed on their family’s land, and authorities said they are investigating the deaths as a double homicide.

Deputies in Colleton County found two people dead apparently from gunshots on property near Islandton around 10 p.m. Monday, the sheriff’s office said in a statement.

The victims were identified as Maggie Murdaugh and her son Paul Murdaugh, according to a Facebook post from the Peters, Murdaugh, Parker, Eltzroth and Detrick law firm where Maggie Murdaugh’s husband Alex works.

Paul Murdaugh was awaiting trial on a charge of boating under the influence causing death in a February 2019 crash that killed 19-year-old Mallory Beach. The woman’s body was found seven days after the crash.

Colleton County deputies turned the investigation over to the State Law Enforcement Division, whose agents released no information beyond confirming they were looking into the deaths as a double homicide. They said no arrests had been made.

Property records show the Murdaugh family owns the land in a rural area along the Salkehatchie River.

Paul Murdaugh’s grandfather, great-grandfather and great-great grandfather were all longtime elected solicitors in the area, but all were out of office at the time of the boat crash. 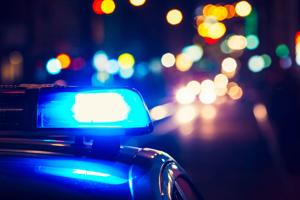